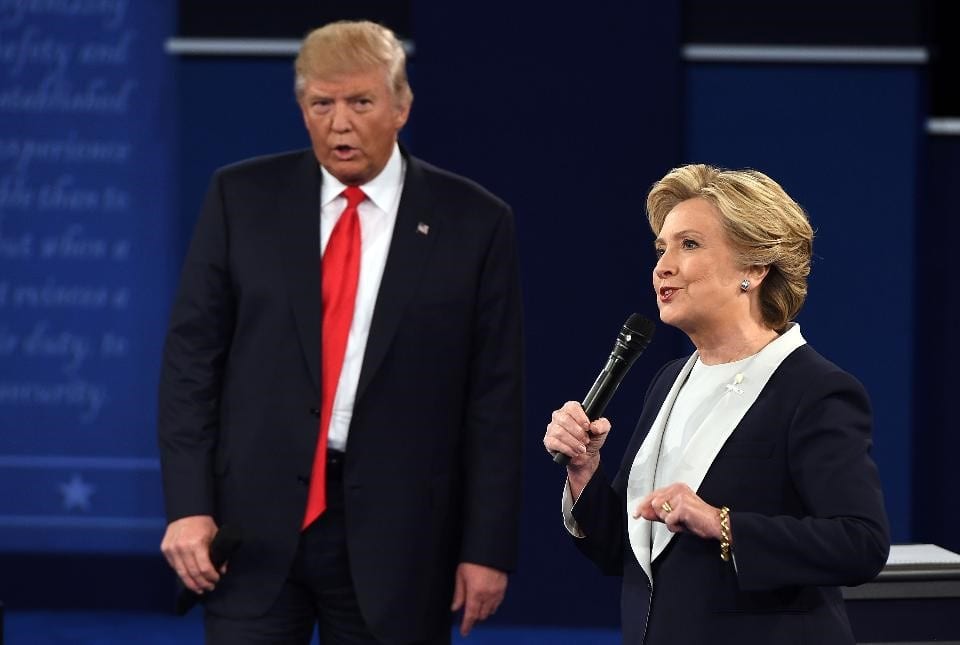 FORBES STAFF I write from D.C. about tax and retirement policy and planning.

According to the nonpartisan Urban-Brookings Tax Policy Center, Trump’s latest proposals would cut taxes by $6.2 trillion over the next decade, with 47% of all cuts in 2017 going to the top 1%. Clinton’s plans, by contrast, would raise taxes by a net $1.4 trillion over a decade, with 92% of the increase in 2017 extracted from the 1%. (By TPC’s definition, it takes expanded cash income in excess of $699,000 to be part of the 1%.)

The tax cuts that Trump is now proposing are smaller than the  $9.5 trillion in cuts he floated last year, but are also more tilted in favor of the wealthy. In his initial plan, by TPC’s figuring, the 1% got 35% of the tax cut. When Trump revamped his tax plan in August, he made cuts for most types of individual income less generous and those for corporate income (as well as business income reported directly on individual returns) more generous.  In calculating the distribution of tax burden and tax cuts, TPC includes individual, payroll, estate and corporate taxes, and assumes that 80% of the corporate tax burden is borne by the generally wealthier owners of capital and 20% by workers. In addition, the think tank assumes that Trump’s lower rate for business income–a top 15% rate, versus 33% for salary —will lead half of high wage workers to take steps to convert salary into business income.

Under Trump’s new plan, every income group would still get tax cuts,  but upper income households would receive the most relief, not only in dollars, but as a percentage of income. The poorest 20% of households would get a tax cut averaging just $110, raising their after-tax income by 0.8%.  Middle-income households would save an average of  $1,010, boosting their after tax income by 1.5%. (Some moderate income single parents would actually end up paying higher individual income taxes, since Trump would eliminate the “head of household” filing status, meaning they would be treated the same as singles when it comes to both the standard deduction and the tax bracket. In addition, some large families would also pay more, since the personal exemption would be eliminated in Trump’s plan.)

Clinton hasn’t revamped her tax proposals as dramatically as Trump, but she has boosted her net tax hikes from the $1.1 trillion she originally proposed, to pay for expanded college tuition relief and for targeted tax cuts for low and middle income households.  In  her original plan, the 1% bore 78% of the tax hike burden,  according to TPC’s analysis.  Among other things, Clinton’s current plan would raise the current top 40% estate tax rate to 55% on estates over $50 million, and 65% on estates over $1 billion per couple.

Overall, Clinton is proposing $1.7 trillion in tax hikes over the next 10 years, offset by $300 billion in tax cuts, TPC calculates.  The biggest cut, a $209 billion item which Clinton proposed just this morning,  would double the child tax credit from $1,000 to $2,000 for children up to four years old and make more of the tax credit refundable for families who earn too little to owe income taxes.

The overall effect of Clinton’s tax proposals would be a tiny tax cut, on average, for the bottom 80% of earners, and a big increase at the top. (During Sunday’s debate, Trump inaccurately claimed Clinton was “raising everybody’s taxes massively” —an assertion that failed a Forbes fact check here. )

Still, at the top, the increases would be massive. The 1% would pay an average of $117,760 more in 2017, reducing their after-tax income by 7.4%, while the top 0.1% would face an average increase of $805,250, for a 10.8% reduction in after-tax income.  Clinton’s proposals would also make taxes decidedly more complicated for upper income folks, with (among other things) a new“Buffett rule”  minimum tax  and six different holding periods for determining the capital gains rate, up from the current two.

Clinton’s plan also takes aim at certain groups of wealthy folks. It closes the “carried interest” loophole that reduces taxes for hedge fund and private equity managers and limits “like kind” exchanges, which allow real estate developers and investors to defer capital gains taxes, in some cases indefinitely. (It’s hard to say how that would affect Trump, since he hasn’t released his tax returns; a leaked 1995 Trump return showing a $916 million tax loss  suggests he may have paid no income taxes for nearly 20 years without needing the like-kind break.)

While Trump has also proposed closing the carried interest loophole, his new 15% rate on business income would make that change painless for many of those who now exploit the break.

In addition to the direct $6.2 trillion cost of Trump’s tax cuts, TPC estimates they would raise interest rates and federal borrowing costs by $1 trillion, adding $7.2 trillion to the deficit. That doesn’t include, however, any budget cuts Trump could push through to offset his tax cuts, or the stimulative effect on the economy of tax cuts. TPC intends to release such an analysis within days, using a new model from the University of Pennsylvania that is still being tweaked, Burman said.