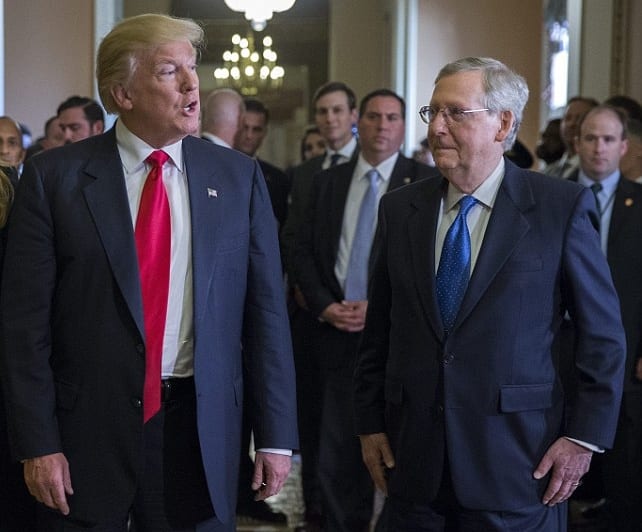 Tax reform is a top agenda item for the Senate after next month’s inauguration of President-Elect Donald Trump, Senate leader Mitch McConnell said this week.  GOP senators plan to use budget reconciliation to enact a measure quickly.

McConnell confirmed to reports this week that the Senate will pass budget resolutions after President-Elect Donald Trump is sworn in, “The first will be the Obamacare repeal resolution,” McConnell said, “and then we will do one later in the spring which will largely be dedicated to tax reform.  They will set up reconciliation follow-on vehicles to address two very important issues.

Under reconciliation, the party that controls the Senate can pass legislation from budget resolution with a simple majority instead of the 60 votes usually required.  But legislation passed through this process must affect federal taxes, spending, or deficits and must sunset after 10 years if it has any budgetary impact beyond a decade.

McConnell said tax reform should be revenue neutral, a view shared by House Ways and Means Committee Chairman Kevin Brady (R-TX).  The House will take the lead on tax reform, and Brady already has a reform blueprint that calls for a 20 percent corporate tax rate, a 25 percent top rate for pass-throughs (small businesses taxed at individual rates), and a top individual rate of 33 percent.

Brady and other Ways and Means Republicans have been huddling this week to talk about specific proposals to include in a tax reform bill, which Brady said will be drafted before Trump’s inauguration on January 20th.  On December 14th, incoming White House Chief of Staff Reince Priebus laid out an agenda for the first 100 days that tracks closely with congressional Republicans’ plans.