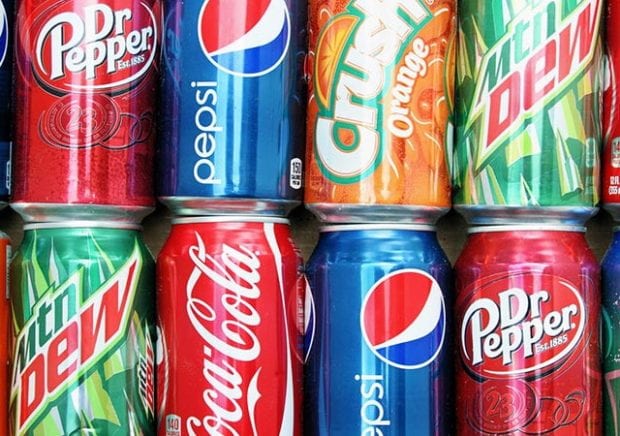 Soda “Taxes” Are on 4 City Ballots… Will They Make a Dent in Obesity?

I am a science journalist and author who specializes in covering healthcare, pharmaceuticals and biotechnology. I am the author of Heal: The Vital Role of Dogs in the Search for Cancer Cures (ECW Press 2015) and Selling the Fountain of Youth (Basic Books 2010). My freelance pieces have been published in the New York Times, US News & World Report, More, New Scientist, Entrepreneur.com and other media outlets, and I’m the editor of FierceAnimalHealth. I was previously a senior health writer based out of the New York City headquarters of BusinessWeek, where I wrote hundreds of articles that explored both the science and business of health. Read more about me, Heal and Fountain of Youth at arleneweintraub.com.

The author is a Forbes contributor. The opinions expressed are those of the writer.

Voters in three California cities and Boulder, Colo., will be heading to the polls tomorrow to vote on the issue of whether soda and other sugary drinks should be taxed, in an effort to battle skyrocketing rates of obesity and diabetes. Proponents suggest that the taxes would raise the cost of the offending drinks by 100% of the tax amount, and by extension, discourage consumers from buying them.

Voters in four cities are weighing the pros and cons of soda taxes as a tactic for combating rising obesity rates.

But will the taxes really make a dent in the obesity crisis? New research from Cornell University suggests the financial impact on consumers in one city that already imposed such a tax on drink distributors—Berkeley, CA—wasn’t quite as high as initially hoped. And that could make the effort to change obesity-promoting behaviors not so effective.

John Cawley, professor of economics, policy analysis and management, found that in Berkeley, prices on sugary drinks rose by only 43.1% of the tax amount. Furthermore, stores that were located close to untaxed rivals were less likely to pass the taxes on to consumers, raising questions about whether city-level taxes are effective at all, he said in a statement. His research, published along with the University of Iowa’s David Frisvold, was published in a recent edition of the Journal of Policy Analysis and Management.

Few argue with the notion that the U.S. needs to get control of rising rates of obesity and diabetes. More than one in three adults are considered to be obese, according to the National Institutes of Health. And more than one in six children are obese. Carrying excess weight places consumers at high risk of diabetes, heart disease and many other illnesses.

Taxing unhealthy foods is one of many tactics that legislators have tried. Last summer, San Francisco passed a bill requiring health warnings on sugary drinks after the city failed to pass a soda tax. (The city is taking a second shot at passing the tax tomorrow, along with its California neighbors Oakland and Albany.) New York City banned trans fats at restaurants years before the FDA finally outlawed the ingredient all together in 2015.

The Berkeley tax amounts to a penny per ounce, or about $1.44 for a 12-pack of cans.  San Francisco, Oakland and Albany will be voting on that same tax amount, while Boulder voters will weigh in on a two-cent-per-ounce tax. Over the summer, the Philadelphia city council voted in favor of a 1.5-cent soda tax.

Proponents of food taxes argue that financial penalties are more effective than warnings, and they often point to cigarette taxes as justification. One study showed that among the demographic groups that were most likely to smoke, every 10% increase in the tax on cigarettes caused a 7% drop in smoking.

Clearly legislative efforts to penalize unhealthy eating will continue to spark lively debates. Just last month, the World Health Organization (WHO) put out its own report suggesting that taxing unhealthy foods based on weight should be more effective than other financial penalties, and that public support for such measures could be boosted by pouring the money raised into programs that improve health systems.

Still, Cawley questions whether narrow, local efforts to police food consumption will really work. He suggests broadening soda-targeted penalties to candy bars, cookies and other high-calorie foods that have limited nutritional value. Furthermore, he said, the taxes should be instituted nationwide, and the Supplemental Nutrition Assistance Program (formerly called the Food Stamp Program) should be restricted so recipients can’t spend those dollars on unhealthy items.

Concludes Cawley: “When we have an obesity epidemic and high rates of diabetes, it doesn’t make sense for a government program to offer free soda.”